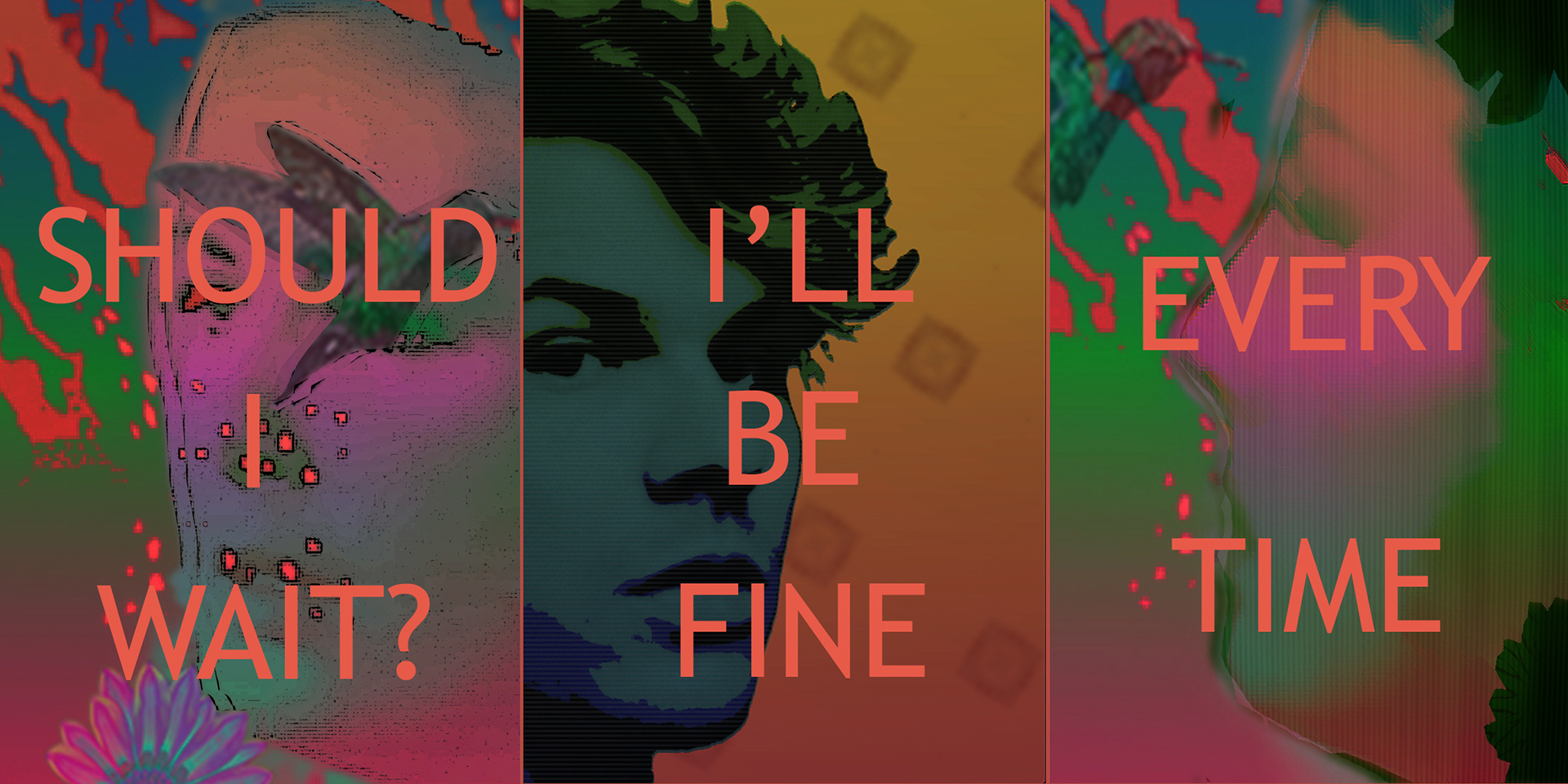 A generative work for three screens:
– the story of a romantic break up
– story is networked across its displays
– live computed
– designed as for street level installation
– uses text, image, sound
– passive interaction with audience through motion sensors

Description: A three screen movie designed to play in storefront windows, at street level, as a “walk up” interactive, a new kind of public media form, one which depends on casual, or “passive”, interaction from viewers passing by on the street. The movie is designed to loop endlessly through sixteen segments. At the beginning, intervals, and end of the movie, characters present elements important to their current-state view of the breakup. This part of the movie is made up of visual patterns, graphic icons, and short fragments of text. The effect should be a kind of visual and textual assault, with individual stories feeling unintelligible and resisting assimilation. Starting and ending states for each of the characters feel somewhat alike or bound in a kind of stasis. Each of the characters’ uses text and image to express change and transition during the seven interval segments with certain text fragments and graphic icons moving from plane to plane and even passing from screen to screen, or person to person, as this type of spatial design might suggest.

Theme: I’ll Be Fine echoes the experience of encountering and reacting to an anecdote overheard in passing. The story presents three narrators, each in control of his or her own screen, each addressing the viewer through the device of a three-layered cinematic field of background, middle ground, and foreground. Although these compositional layers can assume a number of connotations in the mind of the viewer, I’ll Be Fine models the personal address of these characters and generally follows the familiar cinematic tradition of placing narrative information on screen in a hierarchical spatial arrangement. 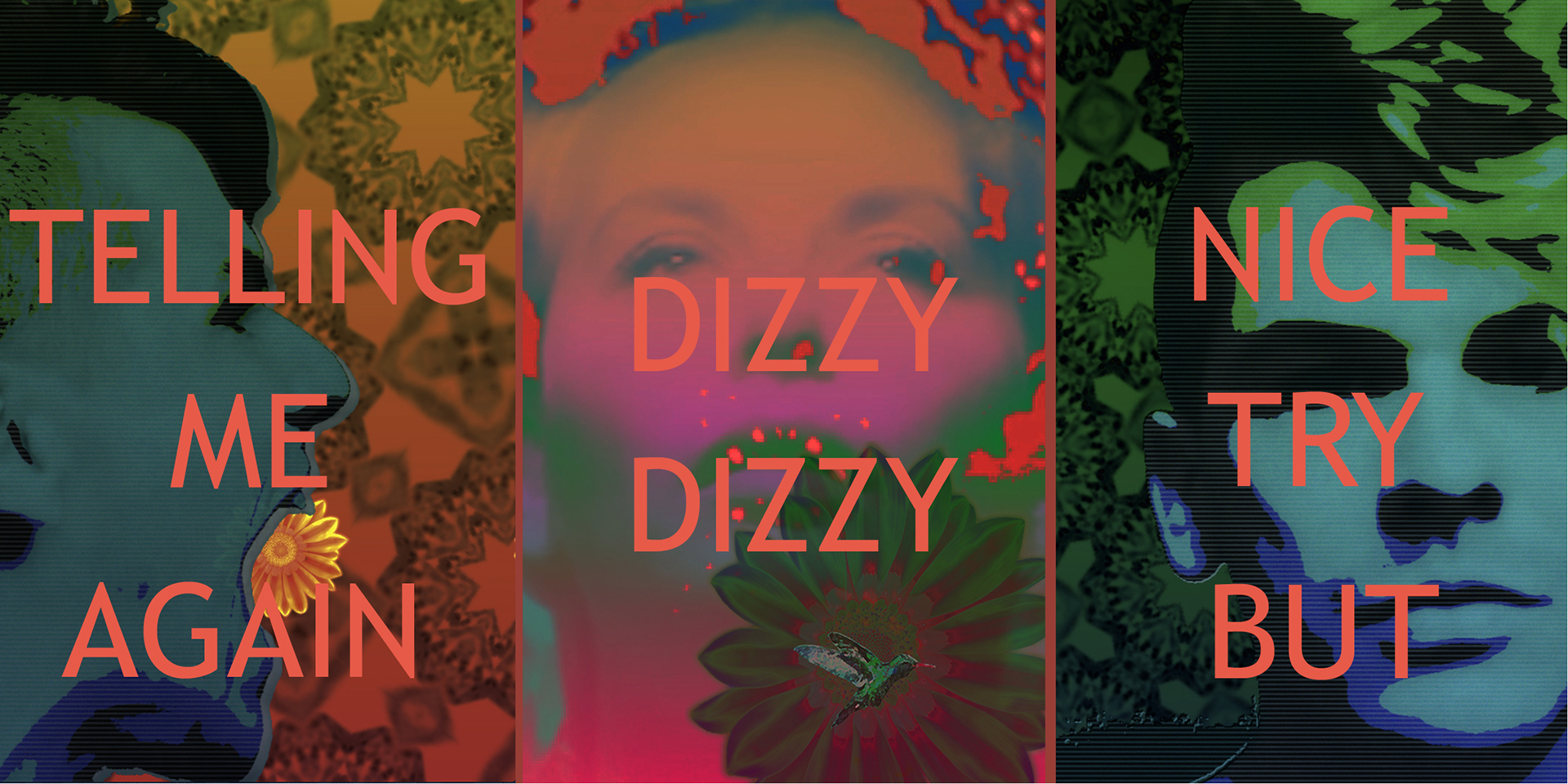