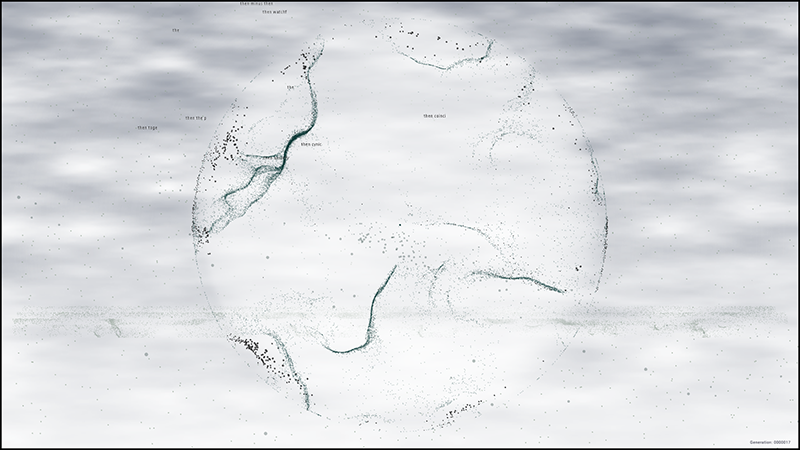 A map that evolves via genetic algorithms:
– text agents mutate over generations
– narratives are fictional, experimental, post-dramatic
– live computed
– not interactive
– can be reconfigured or composited for super-wide installations
– can be re-coded to fit the exact dimensions of an environment

Description:  Map No. 8 in a series of adaptive systems. The Moon Leaves Its Orbit is a map that evolves slowly over time.  In each terrain, text agents render several categories of narrative to the screen, each of which can be affected by elements of the geography.  Agents use genetic algorithms, a category of artificial intelligence, including crossover and mutation to evolve. Replication occurs through collision with boundary elements and allows properties of specific terrain locations to be used as parent agents and influence future generations.

Theme:  This project is an experiment in storytelling as a dynamic system or nonlinear text that is recombinant and emergent as opposed to causal and progressive. These terrains tell the stories of individuals in flight from upheaval, political trauma, or conflict. A second, more technical idea, is that of continuing the application of genetic algorithms to narrative environments. 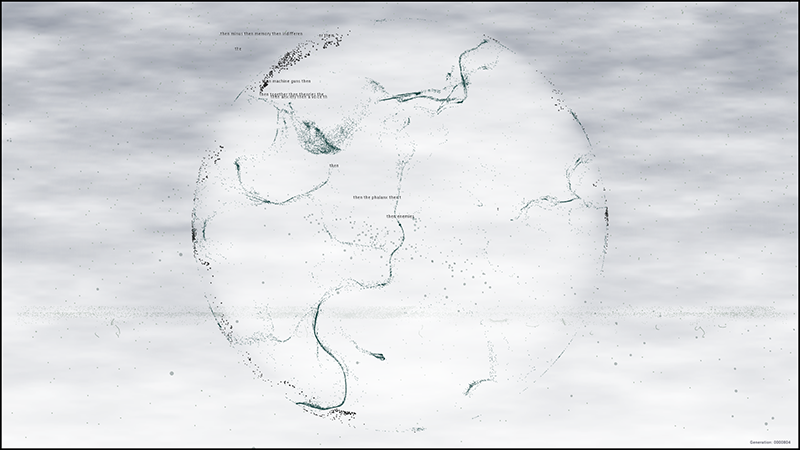 The Moon Leaves Its Orbit