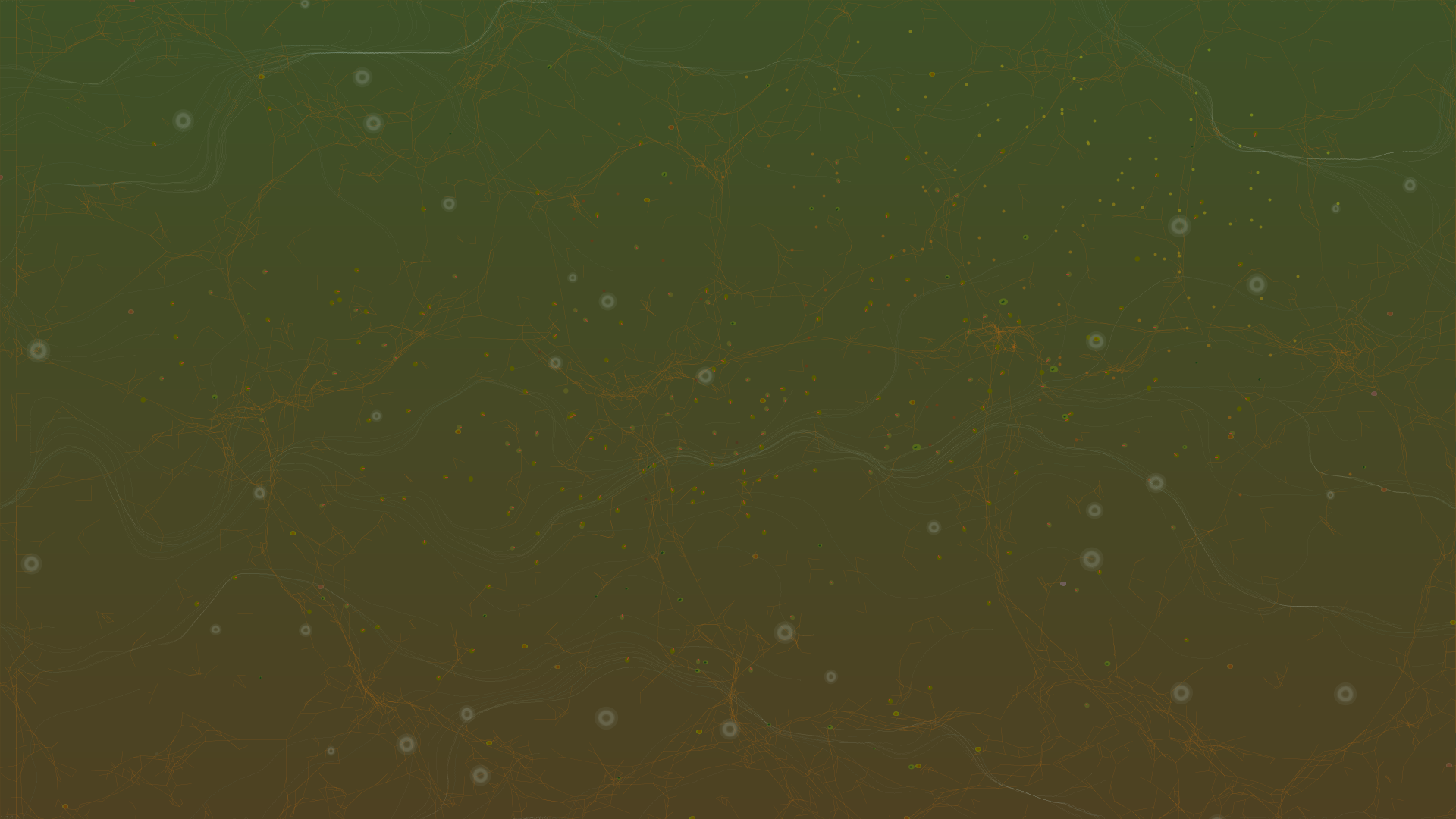 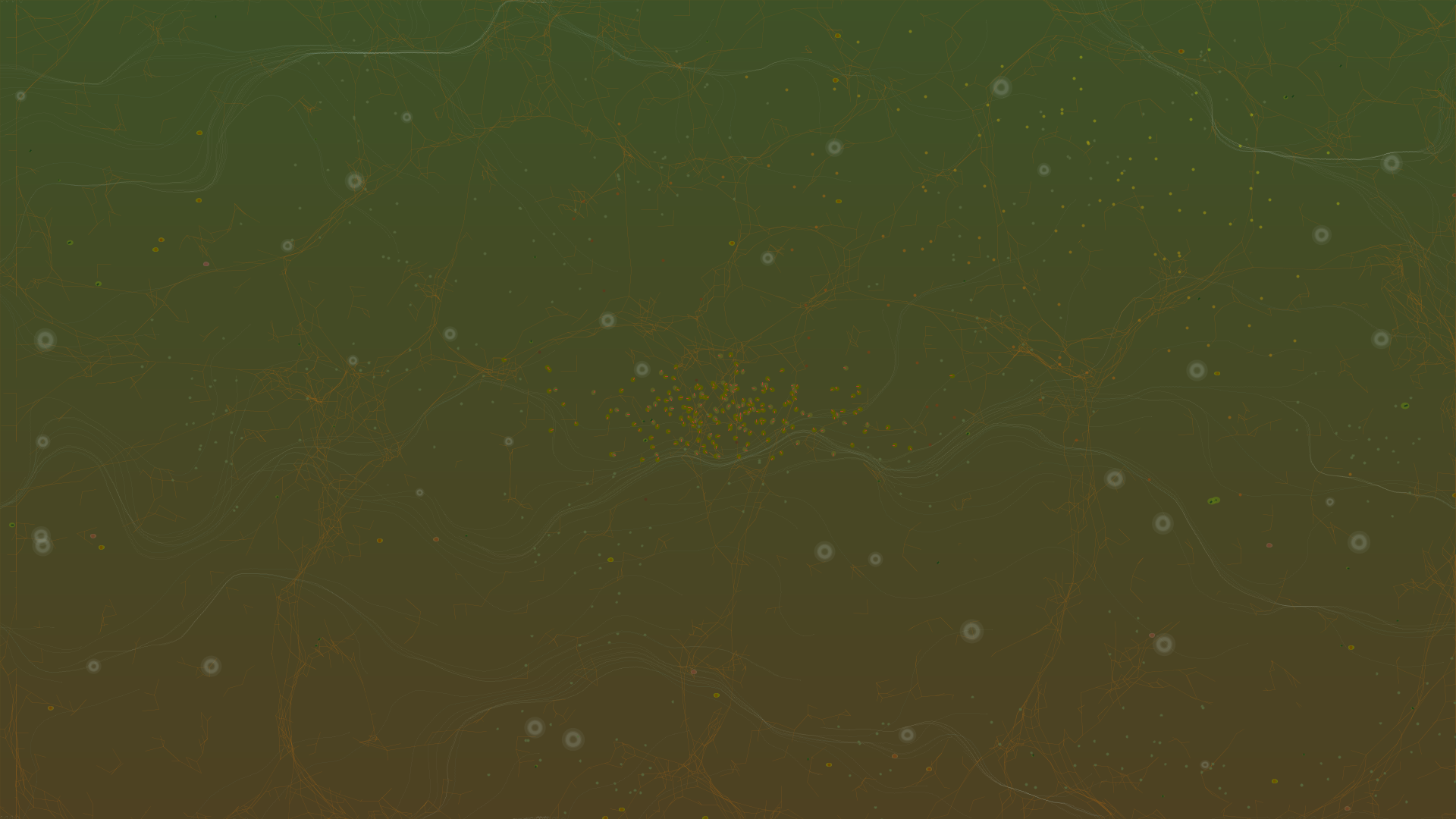 Regeneration of the Earth After Its Destruction by the Capitalist Powers

Regeneration of the Earth After Its Destruction By the Capitalist Powers
Contact:  Angela Ferraiolo <aferraiolo@gmail.com>
Link:  http://littleumbrellas.net/2019/02/17/regeneration_of_the_earth

Description:  Regeneration of the Earth was created in the faith that — despite environmental catastrophe — new forms of life will re-emerge on the planet. The project proposes a second ‘primordial soup’, toxic and Plasticene, that coalesces after the ecosystem we currently think of as nature becomes extinct. This toxic sludge is seeded with a small number of primitive entities (Generation 0), each with a small set of instructions that allows their immediate existence, but does not guarantee their ultimate survival. The traits, abilities, and sensitivities of these base entities are controlled by their initial genome, a short set of instructions coupled with an execution operator that determines a base entity’s starting state and neighborhood.

Initially, base entities can evolve their genomes through mutation and, where allowed, through lateral gene transfer based on neighborhood. To persist, entities must combine with others in the environment to acquire the ability to sense change and to self-replicate. As entities evolve, the environment responds. In context-aware entities, conditions for survival are updated. This awareness of changing survival requirements as signaled by their environment informs the operating orders of entities and acts as the fitness test of the system. Entities proceeding without sensitivities to their environment, their neighborhoods, or to the needs of other genomes lose the ability to carry out sensible operations. Without an effective sense of how to behave, these entities are unlikely to survive. At random intervals, a reaper function eliminates about one-quarter of the entities in the population based on an environmental event such as unexplained elimination of a genome part or a random re-evaluation of the benefits or hazards of an operating order. Entities themselves are then left to repopulate the sludge with new generations.

Theme:  The last several years have made the global threat to our environment clear. Temperatures continue to rise. Species continue to disappear. Regeneration responds to this catastrophe by imagining an ecological future for the planet in which survival depends on environmental awareness. In this work, a toxic climate supports a number of cyborg life forms that are made up of several species, human and non-human. These entities replicate through the transfer of small bits of genetic material, using feedback and adaptation to maneuver in a changing system. While the simplest organisms have the most clear-cut goals, multi-species entities have a wider range of environmental sensitivities and system responses. When the fitness test for an organism is its ability to respond to environmental change, the organisms in the system should learn to react with great sensitivity. Regeneration is mean to encourage an aesthetic that prioritizes relationships — those existing between organism and environment, between humanity and the planet, or between nature and cyborg. The work argues that based on these relationships some form of life will continue on the planet even after our extinction.

Regeneration of the Earth After Its Destruction by the Capitalist Powers, swarming. 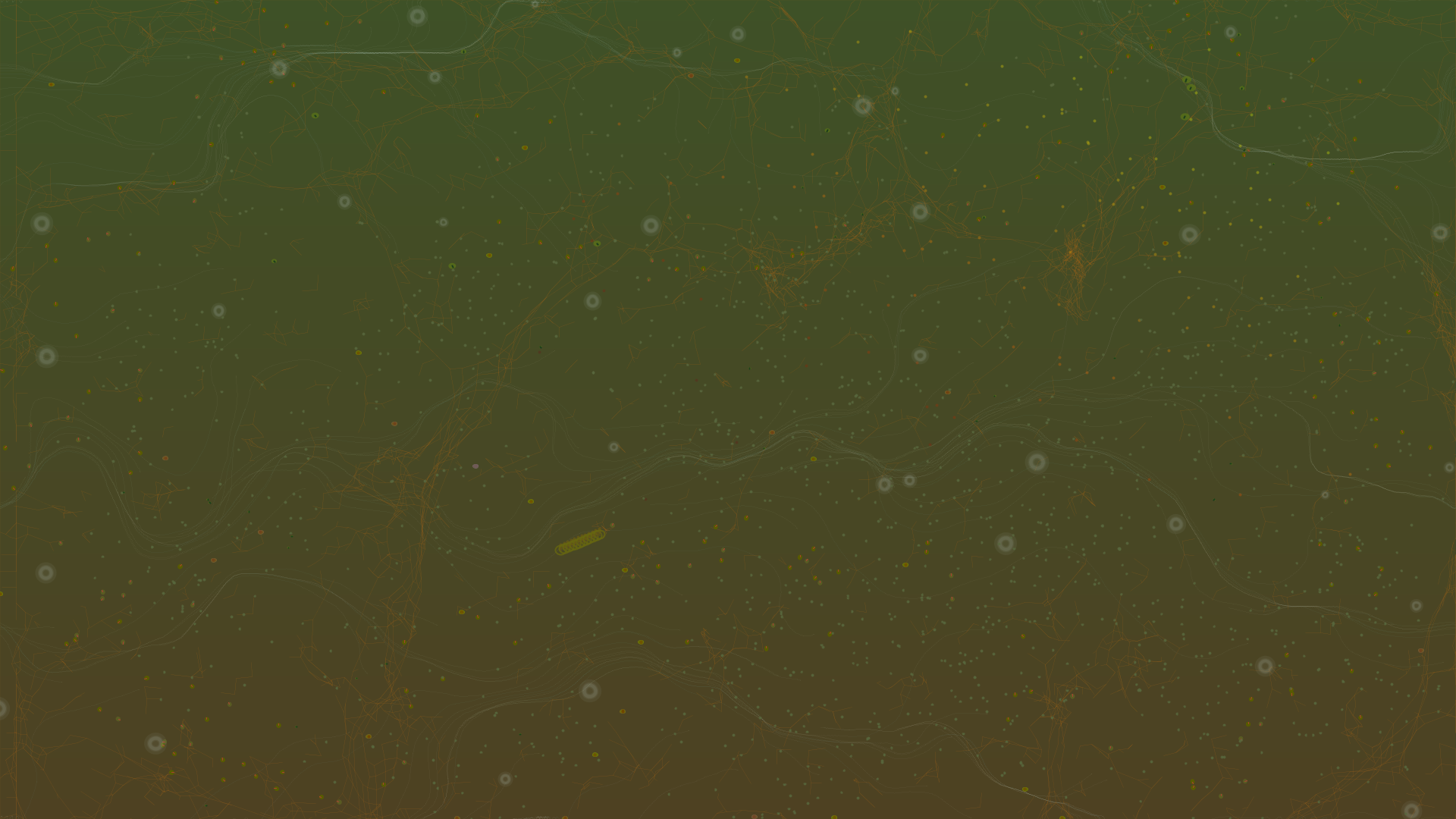 Regeneration of the Earth After Its Destruction by the Capitalist Powers, blooming.

Regeneration of the Earth After Its Destruction by the Capitalist Powers, detail.